Abby van den Berg, the assistant director of the Proctor Maple Research Center said “This was a great way for us to kind of come together and sort of kick off the yearlong celebration that we’re having,”

“We want them to be able to get good yields and make high-quality maple syrup. Also, we also want to make sure they can do that for the long term,” van den Berg said.

Due to Proctor’s 75 years of research, Vermont maple syrup is known the world over its unparalleled, high quality maple syrup because scientists work with maple producers to take advantage of nature’s bounty.

van den Berg says the 6,000 trees there yield about a half-gallon of maple syrup per tap, which is an excellent yield.

However last year, they only saw about one-third of a gallon per tap due to the weather,

“The process that we do to make maple syrup depends entirely on Mother Nature,” said van den Berg.

At the beginning of the traditional tree-tapping ceremony, the key role the UVM research center plays in helping Vermont’s maple industry was acknowledged by Governor Scott.

Depending on the weather, Vermont can put out 2 million gallons of maple per season, making Vermont the number one producer in the country according to Gov. Scott.

“I would say, in fact, I have said– every chance I get– it’s the best in the world,” added Scott, R-Vermont.

“While we don’t know how the weather will treat us over the next few weeks, what we do know is that when the last tap is pulled, Vermont will once again lead the nation in maple,” Scott added.

In spite of the governor’s ambiguity, scientist and researchers say things are looking positive.

The syrup made at Proctor, it’s served on UVM’s campus and also available at their bookstore.

Maple syrup is made from the xylem sap of sugar maple, black maple, or red maple trees; however, it can also be made from other maple species. Maple syrup production is mainly located in northeastern North America; specifically, the northeastern states (including New York, Vermont and Maine) and the southeastern parts of Quebec and Ontario, Canada.

Since the Vermont Maple Sugar Makers’ Association announced the beginning of Maple Open House weekends which will run March 19-20 and March 26-27 and sugar makers throughout the state are looking forward to this year’s turnout since the last two years have been canceled.

Cory Ayotte, communications director at the Vermont Maple Sugar Makers’ Association said “The last two were canceled because of COVID. We feel as an association that the world is in a better place so that we can host this, so we’re getting back at it,”

Ayotte said he’s not sure just yet how many sugar makers will participate, since many don’t sign up until the weekend before.

“I think part of it is people are interested in signing up for the event, but this is also the time of year when they’re tapping trees, they’re getting their systems in place,” said Cory. “I think a lot of people want to make sure that stuff is taken care of so they can operate efficiently for the season, and I think once that has happened and they feel comfortable, they’re like, why not, the weather looks good, let’s sign up.”

Ayotte said the association members he’s spoken to have been excited about the coming weekends. For some it was a money-making event, for many it’s also a social event.

“Pre-COVID, people really enjoyed having their neighbors, and visitors from afar come to the sugar house, see the evaporation going on, seeing the steam rising, all those sorts of things, people really miss that,” Ayotte said, adding that the association has been fielding calls from out-of-state visitors about how they can maximize their visit to Vermont. 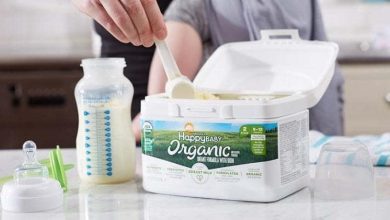 Which Laser Hair Removal Device Is Best for Dark Skin?

Best Skincare Products of All Time