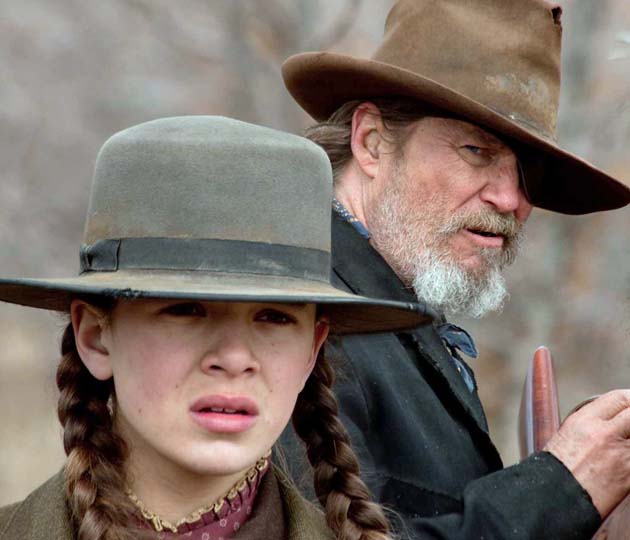 The Coen Brothers’ True Grit isn’t a remake of the 1969 picture starring John Wayne in the lead role of Marshall ‘Rooster’ Cogburn, – the role that ultimately won Wayne an Oscar. Rather, it is a new adaption more closely aligned with Charles Portis’ novel. And while it’s beautifully shot, and features excellent performances from a first-rate cast, the film is far from impeccable. I watched it for free at 123 movie.

Fourteen-year-old Mattie Ross (newcomer Hailee Steinfeld) enlists in the help of Marshall ‘Rooster’ Cogburn (Jeff Bridges), who has a reputation for being a violent law-upholder with matchless grit. Ross decides to hunt down Tom Chaney (Josh Brolin), a criminal responsible for murdering her father. She wants to avenge her father’s death, and goes through a great deal in order to see that Cogburn accept her request to track Chaney down.

Another figure of authority, LaBoeuf (Matt Damon), a Texas Ranger also in search of Chaney, tags along for the trip. They venture from Arkansas into Indian territory (present day Oklahoma) until they eventually cross paths with Chaney.

True Grit is a Strong Effort, Just Not One of the Coen’s Best

In this western-drama tale of retribution and redemption, the Coens continue to prove themselves to be masters of capturing sharp, poignant images. Also noteworthy are the smartly rendered exchanges of banter and heated dialogue between characters which provide for humor and conflict and deepen viewer interest. But True Grit is not without flaw. The Coens fail to establish a sense of urgency. True Grit isn’t as dangerous or alarming as it should be, especially when the protagonists face ominous situations. The Coens know how to stage these types of moments (take No Country for Old Men, where there were brilliant scenes of unbearable intensity and heightened suspense). Here, though, characters come and go, move from point to point, and all the while, we’re left unalarmed and unconcerned for them.

The Coens use of Chaney is highly questionable. From the onset of the film, he’s established as a deadly, vicious man. LaBoeuf briefly mentions that it is at least a two man job to apprehend him. The build- up to his appearance is well executed—the end result, finally meeting Chaney, is a serious disappointment.

Though the performances are what make True Grit worthwhile. Bridges provides the perfect touch of wit and seriousness as Cogburn, an old, washed-up drunkard whose true colors prevail in a single act of heroism. Damon turns in another magnificent performance, this time as a young, straight-edge law enforcer who is arguably more skilled and intelligent than anyone he finds himself surrounded by. And Brolin continues to solidify himself as a natural at playing the coldest of villains. But it’s Steinfeld who renders a shockingly convincing performance. She’s the glue of the film, keeping everything and everyone together. Make note: her tremendous talent and palpable on-screen presence make her a newcomer to look out for in the years to come.

True Grit packs the performances, darkly beautiful visuals and plenty of humor. But movies are meant to be both seen and felt. True Grit skips out on the feeling, simply making it a near-classic.

Bowhunting in the USA.