Sites like BigFafa.com to Introduce Esports Betting to Millions 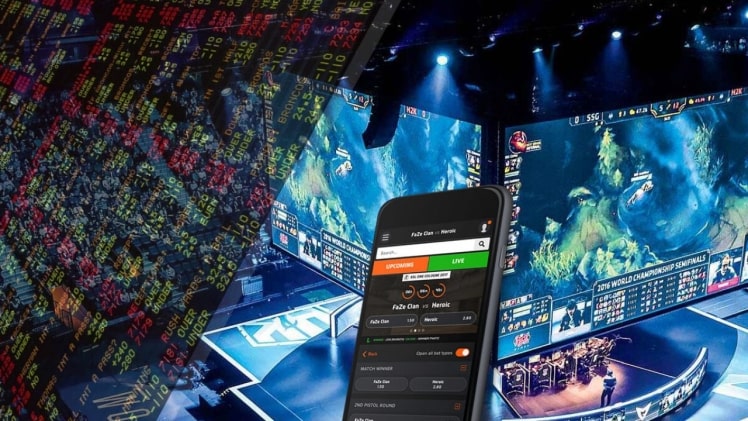 I like video games. A lot. I grew up playing the Super Nintendo and vividly remember the nights spent with my friends winning countless rounds of Goldeneye 007. When I wasn’t huddled around a tv with them in person we played Deathmatch on Quake and Duke 3D. Back then gaming pandered to a rather niche audience and was seen as geeky or a waste of time. How things have changed in 30 years – gaming has grown to be even bigger than the movie industry. Grand Theft Auto V made over $1 billion in just 3 days following its release, and gaming is far from niche. Now there are entire websites, groups, and even events dedicated to video games such as conventions and conferences. As of 2022, the industry as a whole generates $180 billion in annual revenue – growing each year and expected to reach $256 billion by 2025. Esports have grown out of this trend, which gives those ‘90s rounds of Goldeneye and Doom tangible value.

Globally, esports has an audience of roughly 456 million people, as written an article by Techjury. To put that into perspective, roughly 6% of the entire global population participates in esports in one fashion or another. Games such as CS:GO, Fortnite, StarCraft, DOTA 2, and Call of Duty have exploded in popularity, each title regularly pulling in millions of dollars from esports alone. With this in mind, it is no surprise that sports betting has found a home with this audience. Many gamers didn’t have an interest in regular sports growing up and instead found competition in video games to be more enjoyable. This is important for two reasons. First, while the gamer nerds that happen to enjoy sports are able to use statistics to their advantage and bet well, there is a largely untapped market for the typical gamer with no interest in traditional sports. This means that there is plenty of room for growth without worries of diluting the market. Secondly, these gamers are likely first-time betters; because they don’t follow sports, they have most likely never had an interest in or reason to make wagers. However, the birth of esports kills two birds with one stone, essentially. Not only will gamers be interested in them because of having familiarity with the titles and gameplay, but that interest and expertise will also influence their desire to place sports bets on tournaments and matches. It’s easier to wager when you have confidence in your understanding of the game and the statistics behind it.

My Esports Experience at BigFafa.com

When I went to BigFafa to see what they were doing that was so unique to the esports industry, I was surprised by how user-friendly the layout of the site was. Everything was clearly laid out and there was a section for multiple different types of casino games, both with live-dealer and single-player experiences. I went to the sportsbook to see how that handled the process of betting on different tournaments. I was blown away by the number of choices that were available. There were odds for almost every single one of the popular games. Additionally, there was a Twitch stream embedded so that you could watch everything on one screen rather than have to juggle between tabs in your internet browser to bet and follow the action.

Something else I really appreciated about BigFafa.com was that it had a section dedicated to the basics of each of the games. It was rudimentary but offered more than enough info so that even first-timers could understand and keep up with what is happening in the game. Furthermore, there was a link to the different official tutorials for each game just in case someone wants a more in-depth look at the mechanics and different nuances of each.

Having looked at the site and understanding all the circumstances surrounding the Esports industry, I think it is safe to say that BigFafa is going to be one of the big players when it comes to the adoption of esports betting. There’s an entire generation of gamers that didn’t gamble on sports but are likely to do so on esports that they have a good understanding of. The industry is going to experience continual growth and a rise in popularity as well. BigFafa.com taking the steps to cement itself as one of the go-to sites for esports bets is going to pay off greatly as time goes on.

Maybe I’m a little late to the party to play games as competitively as I used to. My body is older, and my reflexes aren’t nearly as fast as they once were. I’m unlikely to win money like I could have back in the ‘90s. However, I still know the ins and outs of competitive gaming and BigFafa.com is one of the few sites that allows me to take advantage of that knowledge to make money. I’m excited to see what future adoption brings to the site and what that means for all of us as gamers.