Facts You May Not Know About The Construction Industry 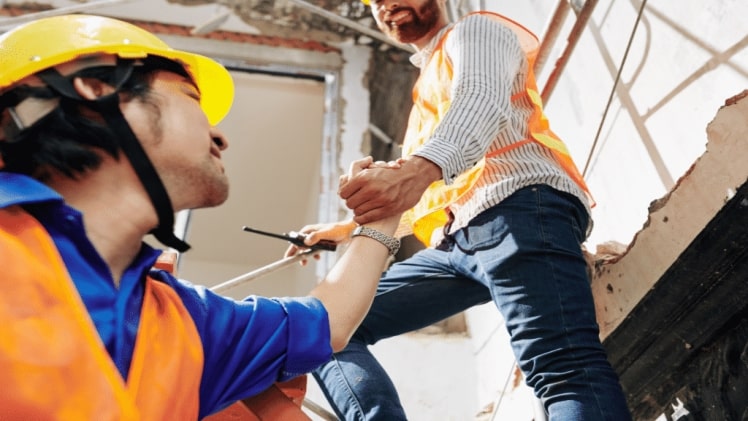 The construction sector, which encompasses both building and calculating construction takeoff, is an expansive enterprise that changes as society goes through its own changes. As new technology emerges, the construction industry constantly reevaluates certain skills, like how to estimate construction jobs and how to transport materials.  Construction develops alongside and in lockstep with society.

Construction has been on the rise dating back to the construction of the pyramids, accounting for almost 10% of US GDP in 2017 alone. Innovation has made great strides since man invented the steam engine, and today, modern technology has allowed us to complete projects quickly. Today, in modern society, women have claimed their own stake in construction. It’s not just men dominating the industry.

Despite these advances, many professionals are not aware of many facts concerning the industry. Fortunately, we’ve put together some of the most fascinating facts related to construction to help you get a better understanding of the business as a whole.

For almost four millennia, the Great Pyramid of Giza has been the world’s tallest structure.

Made of over 2.3 million limestone blocks, the construction of the pyramid remains a mystery. Some believe men either dragged or rolled the stones into position, but not everyone is in agreement. It if were built today, it would cost a staggering $1.2 billion to construct, but it would still be very difficult to build, even with today’s technology.

Standing at 455 feet tall, it was the tallest in the world until 1311 AD. Today, it is the Burj Khalifa that holds that title.

Throughout history, concrete has been the most widely used construction material.

Some of the most well-known buildings, such as the Roman Pantheon, are made of concrete. In reality, the Ancient Romans built their own unique concrete, of which we are just now understanding. It is made of elements such as lime, saltwater, and volcanic ash.

The need for concrete expertise has increased as housing has recovered in recent years.

Construction transportation was transformed by the steam engine.

When the Industrial Revolution was underway, the globe began to modernize. The steam engine, however, aided in speeding up the process. Using trains powered by steam engines, construction materials could be moved fast across land.

Diesel engines would eventually take over as a result of their dependability, inexpensive maintenance, and speed. Today, there is just one steam-powered train in operation, though we usually see it for special appearances.

It’s still one of the most impactful breakthroughs in the history of innovation.

Today’s the age of the average construction worker is 42.

The average age of a worker in the overall labor force is one year higher. Construction workers’ median age has risen as a result of a persistent labor shortage and an aging population in the workforce.

Since 2005, the number of employees in construction has declined in the age group of 24 years old or younger.

There is a misconception that the construction business is not steady and does not pay well, as compared to those who go to and complete college. However, there’s never been a better moment to start a career in construction, with so many jobs available.

There are risks as a construction worker.

Workers on a job site have a higher risk of being injured or killed due to the dangers associated with construction. So much so, in fact, that the legal industry has a construction accident lawyer in most law firms to handle the workload.

If you are ever in need of legal advice after a construction accident, accident lawyers free consultation is the first place to start.

Bowhunting in the USA.