Ear Infections: Everything you Need to Know 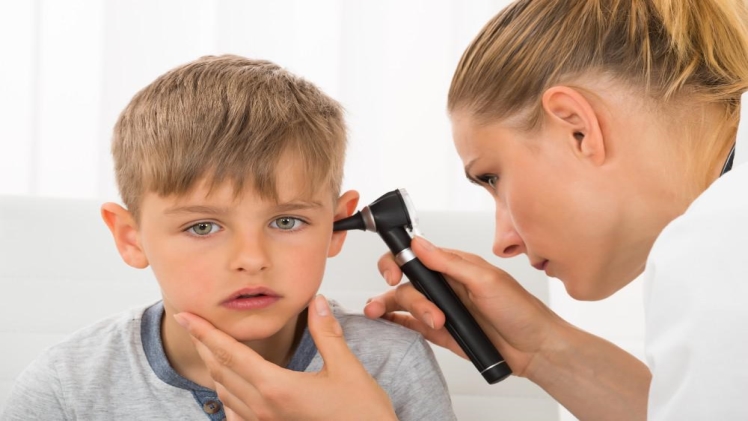 When the fluid becomes trapped in the middle ear, an ear infection results. Common ear problems due to colds, the flu, allergies, or other upper respiratory diseases are frequently present alongside it. It seems that these uncomfortable situations are more typical than most people realised. Different ear infections affect people differently and have varying symptoms. Are ear infections infectious if you or someone you care about is experiencing ear pain? Continue reading for information about ear pain, scratchy ears, the distinction between bacterial and viral ear infections, and more.

A physical examination and lab testing of pus or discharge are used to identify ear infections. There are various types of ear infections, including:

An infection or inflammation of the ear canal between the eardrum and the outer ear is known as otitis externa. It may be brought on by contact with contaminated water or mechanical harm from hasty cleaning. Bacteria or fungi may be the infecting agent.

Otitis media is a middle ear infection that can either be acute or chronic. Acute otitis media is most frequent in children since it is caused by colds and blocked Eustachian tubes, both of which are common childhood diseases. The infectious agent may be bacterial or viral, although research indicates that viruses account for the majority of infections.

A glue ear is a severe otitis media. The most susceptible age group for this kind of ear infection is between six months and two years old. The characteristic of glue ear, which frequently follows a middle ear infection, is the accumulation of fluid and pus in the middle ear. Antibiotics are one of the treatment alternatives.

An infection from either bacteria or viruses can result in infectious myringitis, an inflammation of the eardrum. Inflammation causes the eardrum to respond by developing tiny blisters. It may hurt quite a bit. If there is a fever, germs are virtually probably the cause of the infection.

The mastoid is the name of the bone that is immediately behind the ear. This bone infection, acute mastoiditis, is brought on by an acute otitis media in the past. Reddened and swollen skin above the mastoid, fever, ear discharge, and severe discomfort are some of the symptoms.

The vestibular system, which makes up the inner ear, houses the balance organs. It has three fluid-filled loops (semi-circular canals) that move in response to the head’s rotation. The utricle and saccule, which sense gravity and back-and-forth motion, are located close to the semicircular canals.

There are a few common symptoms to watch out for even though ear infection symptoms differ from person to person. These consist of:

Although viruses can occasionally cause ear infections, middle ear bacteria are frequently the culprit. It results in fluid buildup in the middle ear spaces. The swelling and fluid accumulation that put pressure on the eardrum are what produce the discomfort.

Patients may receive a few different treatments depending on the type of ear infection they have. Due to the body’s innate ability to combat the infection, middle ear infections don’t usually require prescription medicine. Tympanostomy tubes, often known as ear tubes, may be used in specific situations to help relieve air pressure close to the eustachian tube and prevent fluid from accumulating in the ear. Some of the medicines for ear infections are;

An ear infection often lasts one to two weeks, depending on where it develops and how it is treated. Middle ear infections often recover the fastest when left untreated. The interval between inner ear infections may be a few weeks. Antibiotics or other types of treatment can hasten the healing process. Any severe pain or a high temperature that doesn’t go away in a day or two should be taken to the doctor. Also, make sure to get the best treatment from the best ENT hospital.