Does Bipolar Disorder Get Worse with Age? 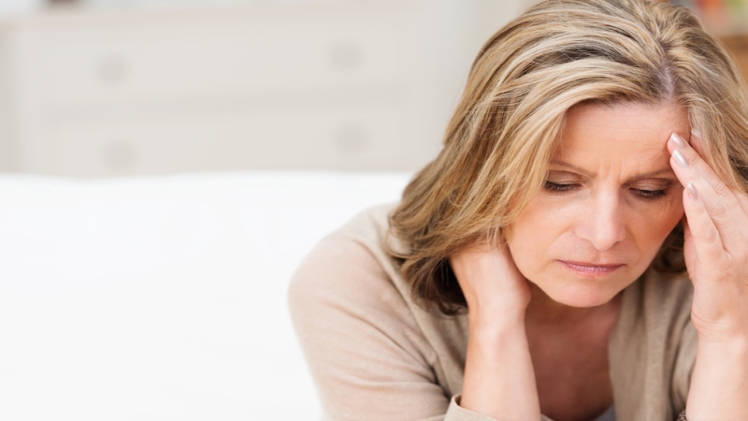 It’s a common question in online discussion forums. It’s also, understandably, a frequent concern among people who live with the disorder and their families. The answer is both “yes” and “no,” but why?

Bipolar disorder is a condition characterized by destabilizing shifts in mood, energy, concentration, and activity levels. Sometimes these changes can affect one’s ability to perform even basic, daily tasks. (For more information about the three types of bipolar disorder and their defining characteristics, consult the National Institute on Mental Health’s helpful fact sheet.)

At any age, symptoms of bipolar disorder can be debilitating and life-threatening, especially if left untreated:

The bottom line: If you’re experiencing potential symptoms of bipolar disorder, seek mental health care immediately. If you are having suicidal thoughts or impulses, call “911” or go to the nearest hospital emergency room.

How Might Bipolar Symptoms Change as You Grow Older?

A study in 2009 sought to answer this question by following a group of people with Bipolar I across two decades. Since the disorder is characterized by dramatic fluctuations between two poles, mania and depression, the researchers were interested in knowing how symptoms and episodes changed over time. They also wanted to see whether mania or depression became a more predominant feature of the illness as people grew older.

What the researchers found was that with the passage of time, depressive symptoms increased in predominance. This was especially true for people in their 30s, 40s, and 50s. Meanwhile, the overall burden of that depression was greater for people whose age of onset was earlier; and, for this same group, there was also no change in the length of their manic and depressive episodes when measured across decades.

In an article for the Depression and Bipolar Support Alliance, Dr. Greg Simon, MD, MPH, was more optimistic about the prospect of aging gracefully with bipolar disorder. He cited long-term studies that suggest that both depression and mania are “most common in early adulthood and less common in older age.” He also noted that the balance in bipolar mood symptoms can shift more to depression over time, and that some people do experience more mania and/or more depression as they grow older. “But the average story is an optimistic one,” Dr. Simon added.

How Untreated Bipolar Disorder Gets Worse as You Age

Untreated bipolar disorder will get worse over time. That is because with each subsequent bipolar episode, the brain becomes more impaired at the cellular level and less able to manage inflammation and other stressors. The brain essentially becomes more vulnerable to the disorder and its symptoms.

To easily comprehend, go to this cocospy website. You may also create a guest blog post on it. And here you can find one of the best online web portal for the world breaking news inflact.

Visut here to get the latest news on gramhir. Here is the world best guest post site picuki.

One common reason that bipolar disorder goes untreated for far too long is misdiagnosis. It happens frequently with this condition, especially upon first presentation. Research has shown that as many as 40 percent of people with bipolar disorder were initially wrongly diagnosed with “unipolar” depression such as major depressive disorder. The same research explained that delay of a correct diagnosis “increases the risk of recurrences and chronicity of episodes.”

Here is the world best guest post website hiyak where you can the latest to old news around the world. And this is thebadoo also one of the biggest website providing breaking news. The camloo is another way that is always offer you the best online news of all time.

This is also tinychat, one of the most popular websites for breaking news. Another azar approach is to use fruzo, which will always provide you with the most up-to-date internet news.

In short, bipolar disorder can get better as you grow older. It also can get worse. A correct diagnosis and appropriate treatment regimen, in addition to healthy lifestyle choices, can be the deciding factor.

You can submit your blog on bignewsweb and capgeek So that rank on google and we provide with top source on imeem and trueclassic. Click here to know more : businesswire