An Ultimate Guide on Bitcoin ATMs 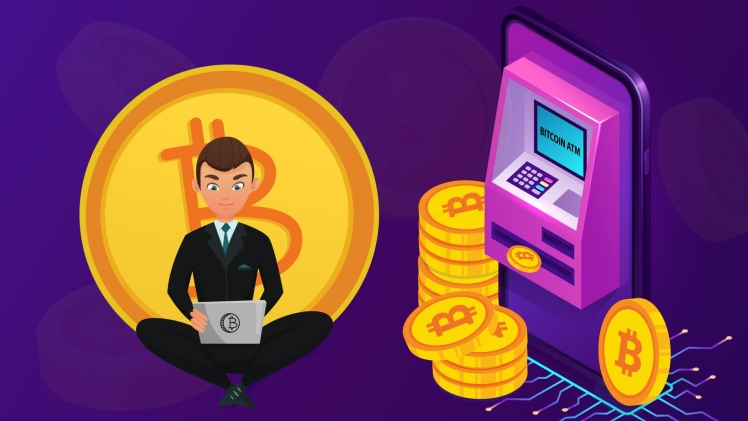 A Bitcoin ATM (Automated Teller Machine), also known as BTM (Bitcoin Teller Machine), is a popular way to bypass the traditional banking system for buying and cashing out Bitcoin. With the rise in the value of cryptocurrency and increased trust in them, they have gained popularity and so have means supporting their buying and selling. So if you want to convert BTC to INR or any other fiat currency without much fuss, a BTM can do that in a relatively secure way. If you’re a crypto enthusiast willing to learn more about the Bitcoin ATMs, keep reading this article till the end.

What is a Bitcoin ATM or BTM?

It is like a kiosk that looks and functions like a regular ATM. It allows users to purchase Bitcoin in exchange for cash, debit, or other currencies. Some BTMs enable users to also sell Bitcoin for cash.

These machines are often called Bitcoin ATMs. They can also be used to make transactions involving other altcoins, like Litecoin, Ether, Dogecoin, Dash, Monero, Ripple, Lightning BTC, Tether, Zcash, Bitcoin Cash, etc. So you can easily use a Bitcoin ATM to also convert ETH to INR or Dogecoin to any fiat currency of your choice.

How to use a Bitcoin ATM

Bitcoin ATMs require identity verification. To get a verification code, you will usually be asked for your mobile number. Bitcoin ATMs were once known for their anonymity. However, today they must comply with Know Your Customer (KYC) and Anti-Money Laundering laws (AML). All BTMs must be able to scan a government-issued ID and provide a number.

Once you have submitted your number, you must now verify your identity. Wait for the BTM to send you a verification code via text message. Next, enter the exact code into your machine.

The prompt will say, “Your code number is XXXXXX” You can either say “Thank you” or another variation. BTM manufacturers added this step to discourage people from entering fake phone numbers into their BTMs.

Your QR code is what is important. This is your Bitcoin address. The QR code will allow you to tell the Bitcoin ATM where to send your BTC. BTC ATMs can accept multiple wallets. If you are unsure, consult your wallet provider.

You will now need to enter the amount you wish to exchange for Bitcoin. You can place your cash in the designated receptacle of an ATM, just like you would with cash deposits.

After you have double-checked your money and are satisfied, you can press “BUY” or CONFIRM to send the Bitcoin to the address you specified earlier with your QR code. This usually takes six network verifications, so don’t be alarmed if you don’t see the transaction in your digital wallet immediately. Transactions made on Bitcoin ATMs can take up to an hour to process.

Read on for a few helpful tips on using lawyernews. It’s also worth reading the archives, which are updated several times a year.That is a question I get asked a lot. But the truth is that there are many options available to you, and the bestnewszone is one of them. We’ll discuss these features in this article.

If you’ve been reading IPSnews for more than a year, you probably know that a lot of people have mixed feelings about the news service. The name “Braves” was adopted for the franchise in 1912 and is derived from a Native American word for a warrior. The team gained nationwide exposure when the team’s games were broadcast on TBS. Today, the team enjoys a nationwide following.

Now that you’re aware of what a Bitcoin ATM exactly is, the list of cryptocurrencies it supports, and the correct way to use it, you will rarely encounter a problem while trying to use one.

5 Common Movement Disorders you should know